My wife, daughter and I made a short weekend trip to Colorado a couple of weeks ago.  Main purpose was to meet friends who live there and to see the Fall foliage.

We were forewarned by our friends that the entrances to Rocky Mountain National Park is limited to those with vehicle passes only, due to the wide spread forest fires.  The passes are issued on a daily basis and its based on first come, first serve.  Our friends made a great effort to get the pass, but could only get one that allowed entrance to the park at 3 PM.  As a result, they suggested that we leave their house at 5 AM to enter the park before 6 AM which do not require a pass.  That's what we did and spent the entire day in the park.

We traveled through Estes Park, visited Sprague Lake, Alberta Falls and Alluvial Fan. We also drove up on Trail Ridge Road to the visitors center atop and returned to catch the sunset over the Rockies.  From the visitors center, we could see the fires burning in several spots as far north as in Wyoming.

Overall it was a fantastic day, even though most of the Aspen in the high mountains had already shed their leaves.  We were about two weeks late getting there to enjoy the Fall colors in full swing in the mountains.  We were also able to catch sunset in Loveland and a small waterfall there.

Subsequent to our trip, we were told that the fires have spread even further and that RMNP is completely closed.  The fires have been exasperated by the millions of acres of forest scarred with dead trees infected by pine bark beetles. It is sad to see such beauty being destroyed and wild animals being displaced or killed.  We hope and pray that they get some relief and this settles down soon. 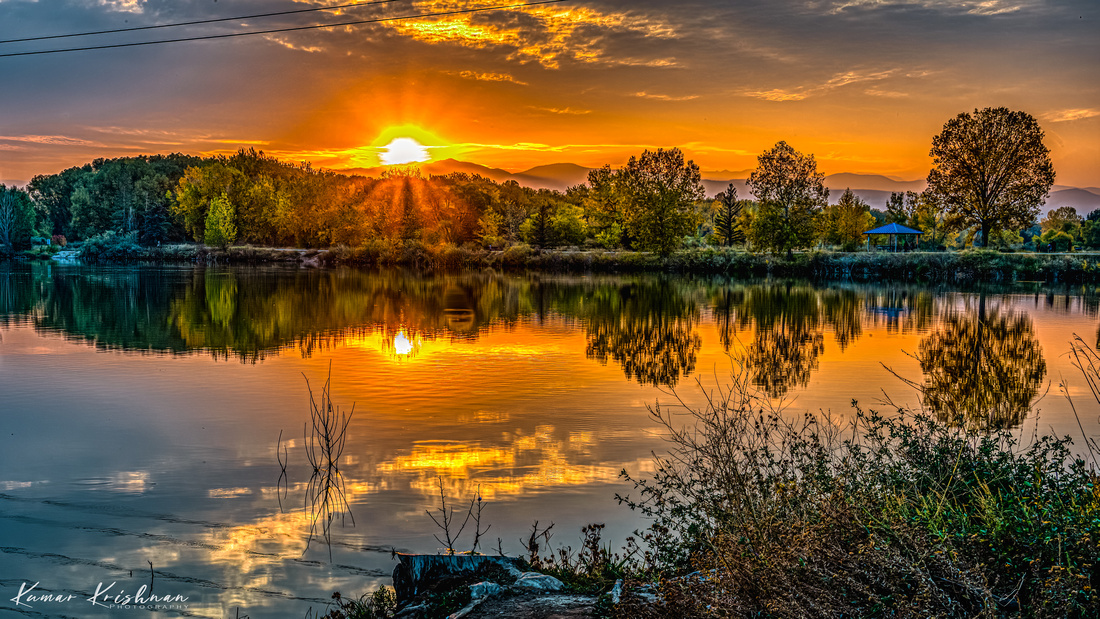